What is the Adam Carolla Live Show Really Like?

My Experience with Meeting The Man and Seeing A Recent Show

If you don't know who Adam Carolla is, then I must say that I wonder to some degree what planet that you've been living on.

Many people remember him from his younger days when he hosted the hilarious "Man Show", as well as his radio program "Love Line."  He has risen in the last decade or so to even more prominence as having one of the largest podcast audiences in the world with The Adam Carolla Show.

I recently took in his show at The Comedy Club of Kansas City. While I'm somewhat of a fan of Adam Carolla and have followed his podcast for many years, after having seen some of the videos of these shows--which are basically a few minutes of stand-up comedy and his podcast performed before live audiences--I wasn't really expecting to enjoy the show nearly as much as I did.

I attended the show with a friend of mine from Kansas City, and we bought premium seats.  I'm glad that we did as it was a packed room, and were seated at the very front, immediately in front of and next to the stage.  I even gave Adam five minutes of material during the show's "Adam Carolla Unprepared" segment.

In this video I talk about my experience at the show, share a funny clip of my contribution to his "Unprepared" portion of the show, and why as a professional entertainer myself I enjoy watching a performer like Adam do improvisational comedy.

Check out this recent video! 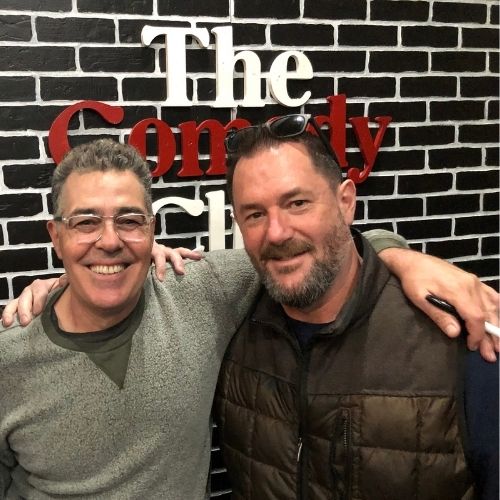 Curtis Waltermire is an American speaker, mentalist, entertainer, actor, Christian and businessman. For the past 15 years, he's been billed as a professional comedy "mentalist, magician, speaker, actor, U.S. Army veteran, grandpa, cool dad and above-average husband," which has been in his signature for years--even before the "grandpa" part. In the last few years he's added "podcaster" and "content creator" to the list. His biggest accomplishment to-date is staying married to the same wonderful woman for 31 years, raising two girls, and by the grace of God maintaining his sanity in the process.