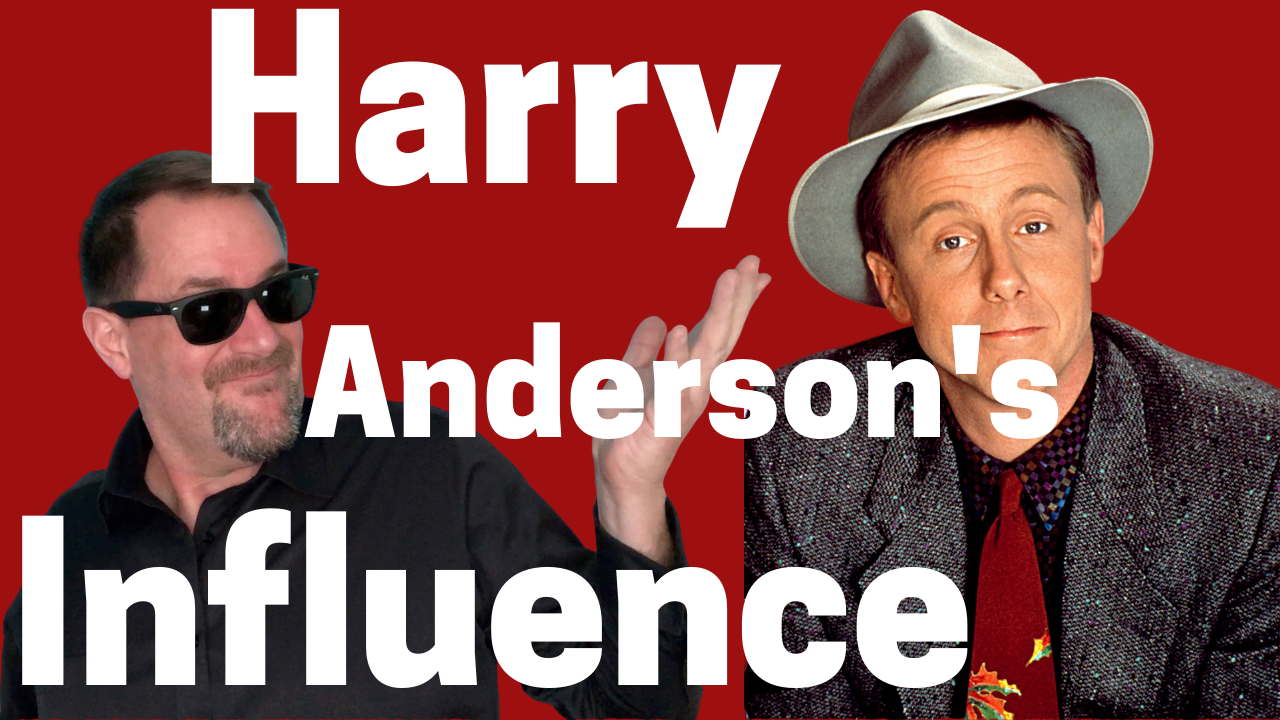 April 16th, 2020, marked the two-year anniversary of the passing of legendary comedy magician Harry Anderson.  Here, I take a few minutes to do a couple of things in his honor.

Harry was a huge influence on me early on in my career.  While so many were wanting to be like David Copperfield or Doug Henning, I was amazed at how a man could just walk on stage with nothing more than his wits, a deck of cards or a few other props, and have the audiences in stitches or complete shock.  Harry Anderson was one of those magicians.

If you are a magician or comedian who has ever had the chance to meet or work with Harry Anderson in the past, please tell me about your experiences in the comments below!