He's Worked with Celebrities from Across The Globe

David Bowie, Orson Welles, Steven Spielberg, and Cary Grant Are Just a Few
For the next one of my famous magician interviews, I have a very special guest on the show today.  I mentioned him during last week's podcast.  I can't tell you how thrilled I am to have him sitting and chatting with me today.  He's a man who has circled the entertainment globe a number of times.  He has some great stories to share with us from over 50 years in the entertainment business as a comedy magician, actor, speaker, and variety entertainer.  He's performed for and worked with such world-renown names such as David Bowie, Kenny Rogers, Steven Spielberg, and Orson Welles, just to name a few.
Originally from London, he's entertained British Royalty, American Presidents, Business Legends and Hollywood Icons.  In Las Vegas he's performed at Bally's, Caesar's Palace, Harrah's, and the Luxor and has been regular featured performer on most major cruise ship lines.  In my opinion, this is a guy who has just done it all--he's  had a wonderful career in the world of magic, comedy and entertainment.  While he's not well-known to much of the public, he is very well-known and much respected with Hollywood celebrities, musicians, magicians, mentalists, and variety entertainers world-wide.  He is comedy magician Nick Lewin.
This is a much longer podcast than normal, but believe me it is worth watching!  Nick shares things like that it was like following Robin Williams on stage in his early days at the Laugh Stop in Newport Beach, his relationship with David Bowie, his years at the Magic Castle in Hollywood, his run of shows in Las Vegas, performing for Orson Welles, his work in movies and TV with Steven Spielberg, Kenny Rogers, and so much more!
For more information on Nick, visit his website by clicking here!
See Nick's YouTube Channel by clicking here! 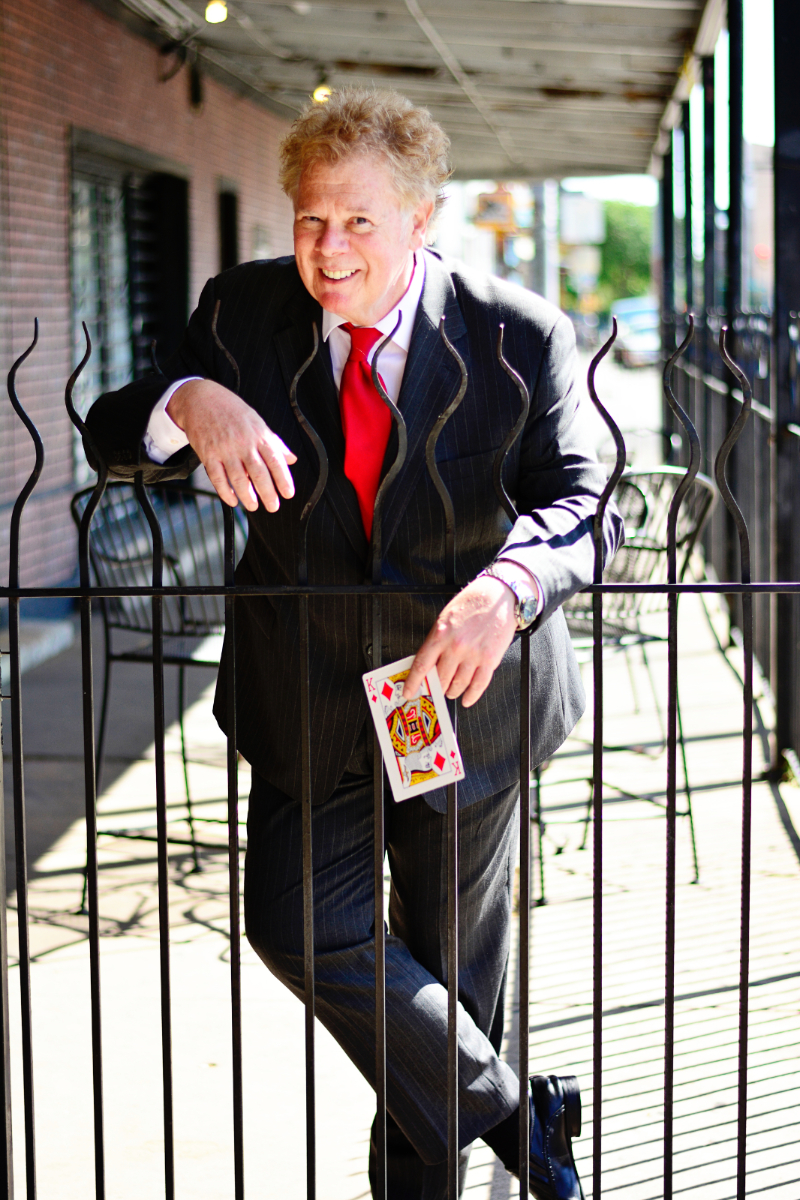 Curtis Waltermire is an American speaker, mentalist, actor and businessman. Years before "preferred pronouns" were a thing or society at large lost it's mind, Curtis was known as a professional comedy "mentalist, magician, speaker, actor, U.S. Army veteran, grandpa, cool dad and above-average husband," which has been in his signature for years--even before the "grandpa" part. In recent years he's added "podcaster" and "content creator" to the list, whatever-the-hell those mean. He's been married to the same wonderful woman for 31 years, and is proud to say he dresses himself and was born way back in the 1900s.