Searching the internet to hire a magician or mentalist for your event can be a daunting task. How do you know which ones are good? How much does a magician or mentalist cost? Is this type of entertainment a good fit for your specific event? With the popularity of magic and mentalism on such television shows as America’s Got Talent (AGT), Masters of Illusion, The Carbonaro Effect, Penn & Teller’s “Fool Us,” and so much more, magicians and mentalists are often found as a great source of entertainment for corporate events, private parties, fundraising dinners, and so much more. Curtis The Mentalist has been performing shows professionally for these types of events throughout the United States for over 30 years.

All magicians and mentalists are not created the same, however. Within these two art forms are specific niches of entertainment such as strolling/close-up magic, stage magic, parlor magic, grand illusion, cardistry, mentalism, and escape artistry. When looking to hire a magician or mentalist to entertain at your event, it is necessary to determine the type of event that you will be having and how precisely you want the performer to fit in. Are you wanting an after-dinner show at a hotel banquet facility? Are you entertaining VIPs in a hospitality suite? Are you looking for a magician or mentalist to be a pitchman or pitchwoman on a trade-show floor?

Curtis The Mentalist provides stage and platform shows for corporate banquets, strolling/close-up magic for VIP receptions, hospitality suites, pre-dinner entertainment, and more. He also acts as a Master of Ceremonies or “emcee” for association events, conferences, cabaret shows, and more. He also performs his comedy mind-reading act frequently at comedy clubs throughout the United States. For more about Curtis The Mentalist and his hilarious and amazing mind reading magic show for your event, follow any of the following links: 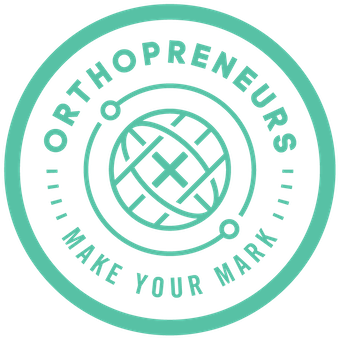 Thank You, Orthopreneurs! [iframe src=”https://11z.co/13987/69″ width=”100%” height=”300″] I’ve created this special blogpost to thank Mike Vidikan, Dr. Glenn Krieger, Brad Langan and Jack Droke of Langan Digital, and everyone who worked hard and did a SUPER job putting this amazing event together, and bringing me in to entertain an amazing bunch of SUPER HEROES!  I hope you have all had … END_OF_DOCUMENT_TOKEN_TO_BE_REPLACED 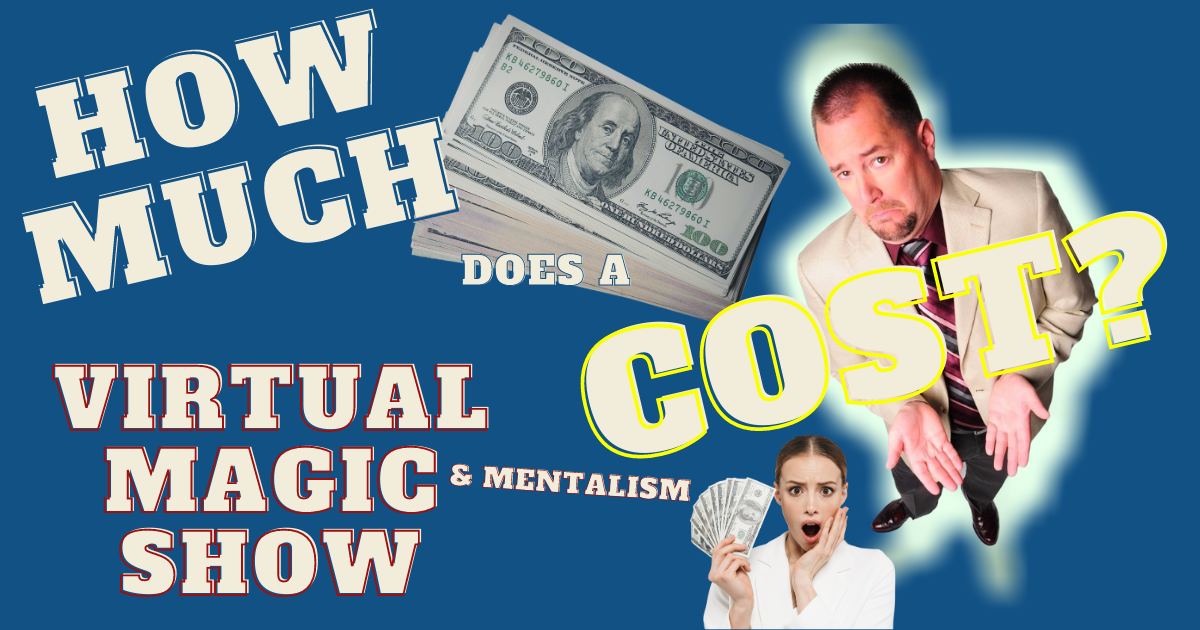 Watch the Video! Today we find ourselves living in a time where live events and public entertainment venues all over the world have closed or canceled, forcing us to come up with new ways to meet, teach, learn, train, get work done, and entertain ourselves, friends, families, clients, and co-workers.  Mentalists and magicians have been leading the charge in virtual … END_OF_DOCUMENT_TOKEN_TO_BE_REPLACED 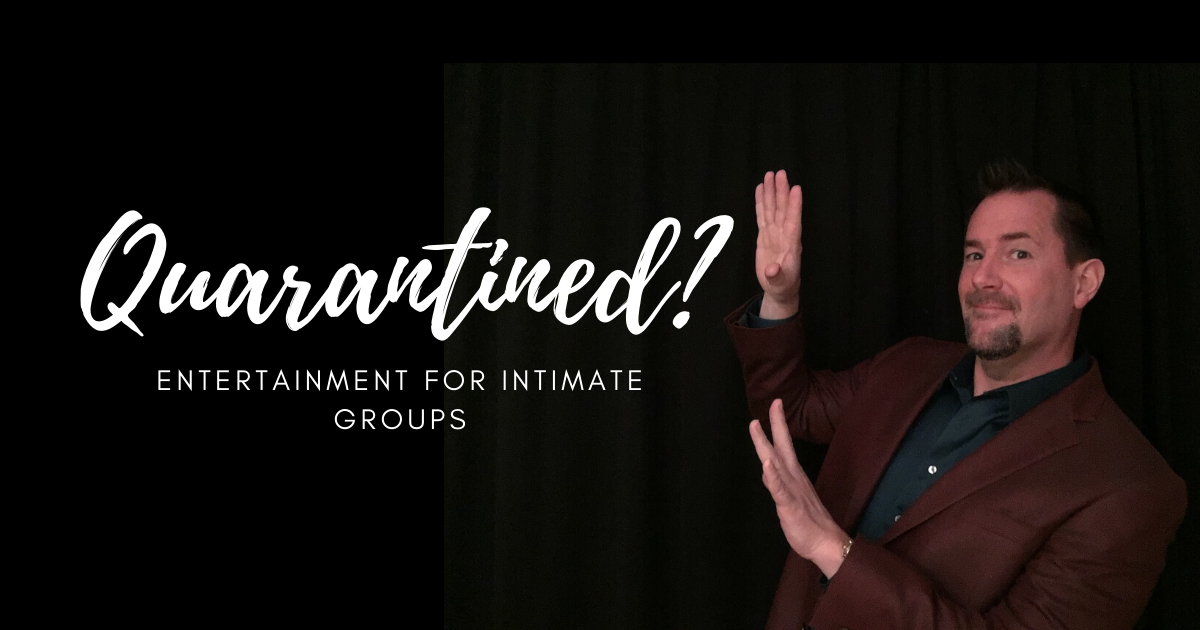 **UPDATE TO THIS POST** I am now offering Virtual Magic Shows and Mentalism Shows for your events!  Click or tap here for information about booking a virtual show for your private party, corporate, or other special event! During this difficult time, it is important to not only act sensibly, be safe, and act kindly towards one another, it is also … END_OF_DOCUMENT_TOKEN_TO_BE_REPLACED 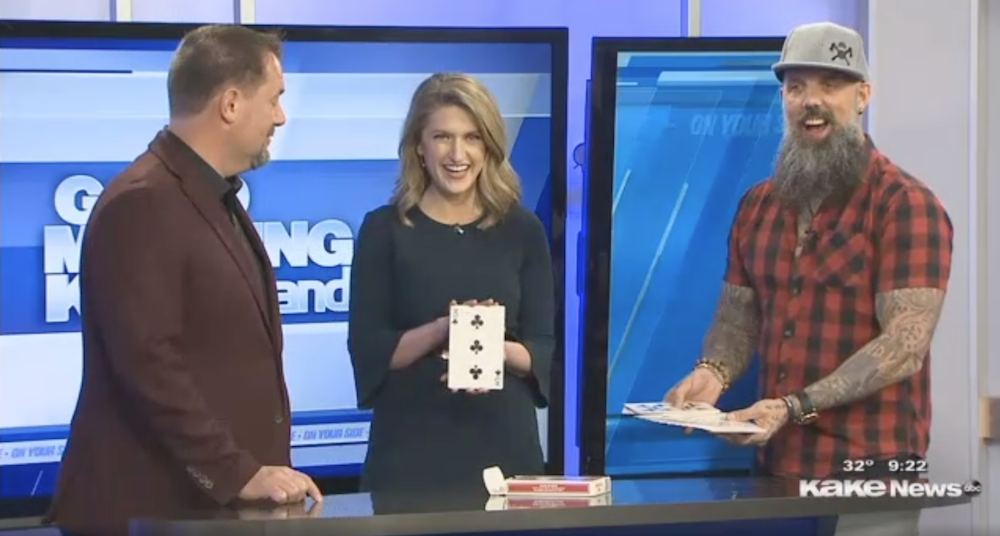 Britain’s Got Talent semi-finalist magician and escape artist Matt Johnson and comedy mind reader Curtis Waltermire are featured in a TV interview on KAKE-TV’s “Good Morning Kakeland” with host Alyson Acklin on February 28th, 2020 in Wichita. The art of magic is alive and well in Wichita, Kansas, and Curtis The Mentalist and Matt Johnson are there to promote their … END_OF_DOCUMENT_TOKEN_TO_BE_REPLACED

What Is A Mentalist? Millions have seen the hit television show played by the handsome actor Simon Baker, however almost anywhere you go these days it seems the majority of people still have no idea what a “mentalist” actually is. Mentalists are first and foremost nothing more than entertainers; performers who entertain audiences with “demonstrations” of what is ostensibly feats … END_OF_DOCUMENT_TOKEN_TO_BE_REPLACED 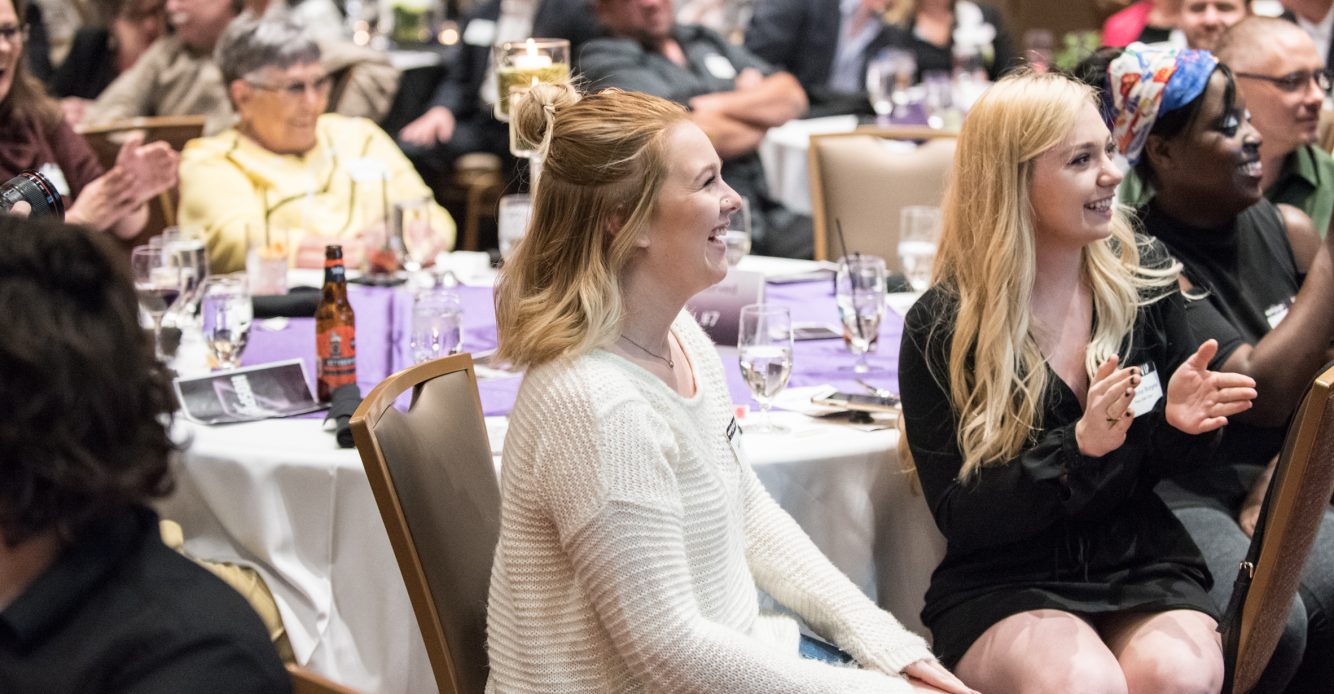 How To Have The Best Company Event “Wow” factor.  It’s what everyone is looking for when it comes to entertainment for their events.  But does the level of wow factor correspond directly with the level of the budget? Far too many companies fail to realize that quality entertainment doesn’t have to be expensive.  At the same time, the phrase “you … END_OF_DOCUMENT_TOKEN_TO_BE_REPLACED 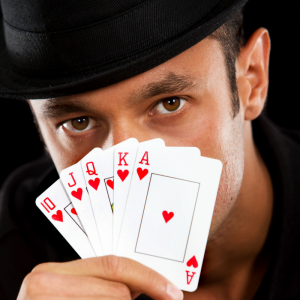 It is common for many people who are looking to hire some amazing entertainment for their events to immediately think of searching for and hiring a magician; those dazzling men and women seen all over TV and YouTube, Facebook, Instagram, Twitter and other social media platforms who have jaws dropping with their fast-paced card tricks, floating pencils, and other various … END_OF_DOCUMENT_TOKEN_TO_BE_REPLACED 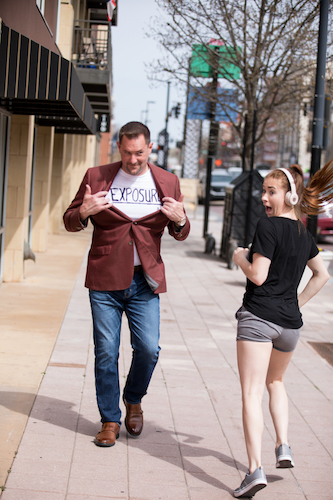 I started in the entertainment business over 30 years ago, and still today I occasionally get this phrase from someone who is holding an event and needs entertainment, an MC, speaker, etc. [TRANSLATION: “We have no money but are hoping that you are just desperate or eager enough to come and work for free (and you must be because we’ve … END_OF_DOCUMENT_TOKEN_TO_BE_REPLACED 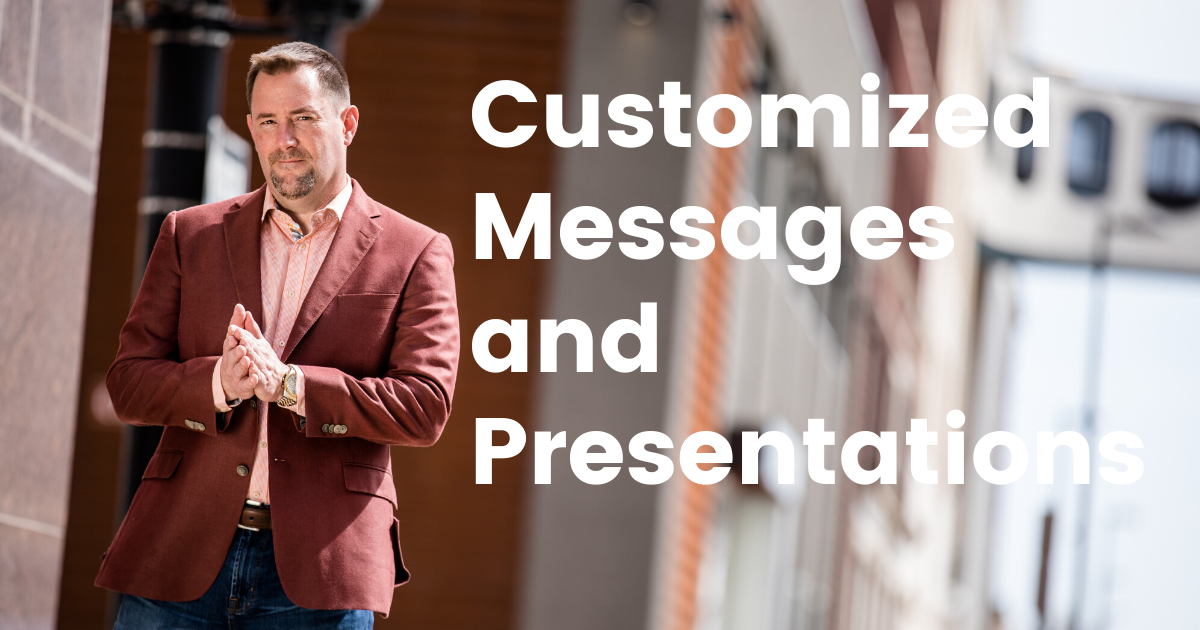 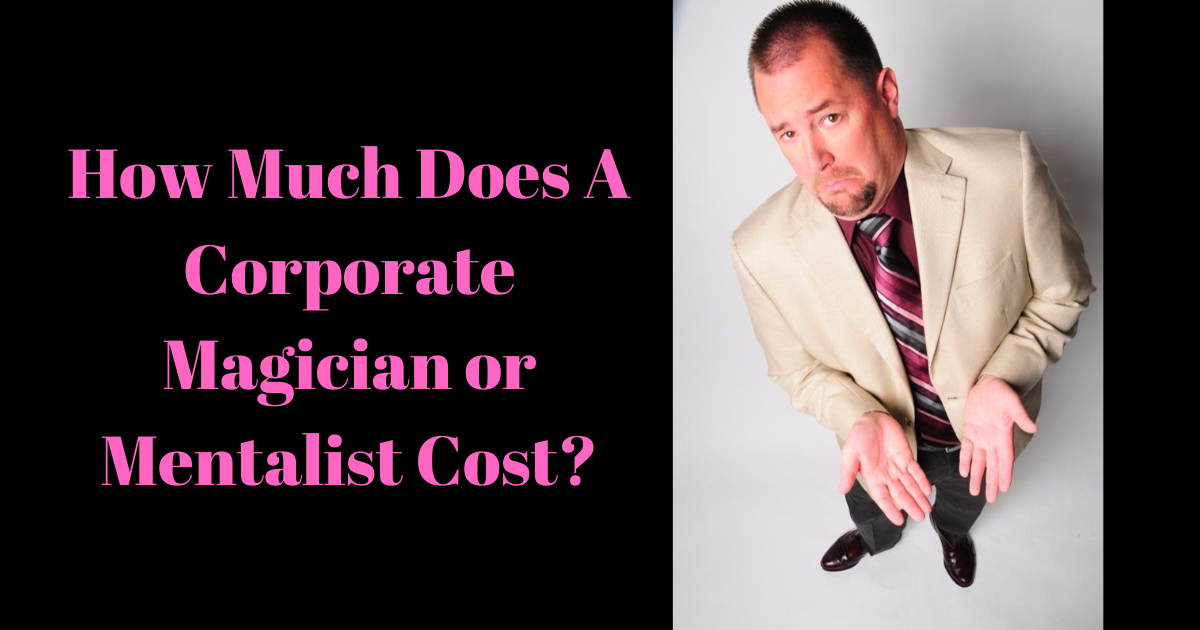 Surfing the internet, trying to find the right magician or mentalist to entertain for your event can be a bit of a headache.  Fees for entertainment between magicians, mentalist, and other variety entertainers can be as varied and diverse as the individuals themselves.   However, most determine their fees based on a number of elements that are common to most … END_OF_DOCUMENT_TOKEN_TO_BE_REPLACED

Stress-Free Last Minute Holiday Party PlanningSo the burden of putting together the company Holiday or Christmas party has suddenly fallen upon you.  You’ve been given few resources, a limited budget, and–worst of all–very little time to put it all together, and it still BETTER BE GOOD! Take comfort in the fact that  you’re not alone.  I know it actually ISN’T … END_OF_DOCUMENT_TOKEN_TO_BE_REPLACED

Looking for A Special After or Post Prom Entertainment Idea? Each year, parents often seem to be at a loss as to what to do in order to make their children’s after prom or post prom event a special evening to remember.  Budgets are a concern, as well as offering something that will be fun and memorable, all the time … END_OF_DOCUMENT_TOKEN_TO_BE_REPLACED